Person of Interest: A Woman, A Battle, & An Amendment 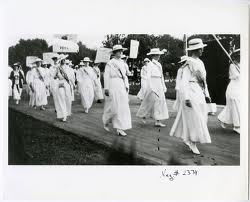 In July 1848, Elizabeth Cady Stanton and Lucretia Mott began a seventy-year struggle by women to secure the right to vote at the Seneca Falls Convention in upstate New York. Voting rights was one of the equal rights demanded by women. Susan B. Anthony, a native of Rochester, New York, joined the cause in 1852 and became a prominent leader in the movement. The first Governor of the Wyoming Territory approved the first law in the US explicitly granting women the right to vote in 1869. By the end of the 19th century, Idaho, Colorado, and Utah had enfranchised women after efforts by the suffrage associations at the state level. 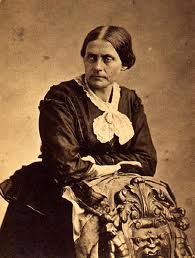 During the second decade of the 20th century the movement focused on changing Federal law in Washington DC. Then-President Wilson ignored the protests for six months until banners accused him of denying them freedom and called him Kaiser Wilson. Women were arrested and jailed. In 1918 Wilson became an advocate for women’s suffrage to help the war effort.  When the vote came up in 1919, the Democratic senators filibustered to prevent a vote. When the vote was called, 82% of the Republicans and only 54% of the Democrats voted for the amendment. The Nineteenth amendment which prohibited state and federal gender restrictions on voting was ratified in 1920. Susan B, Anthony, who died in 1906, was never able to vote.