A Lady Plants a Crop 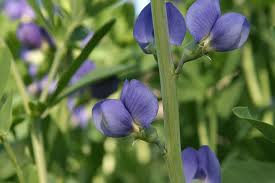 You have read how Thomas Smith first raised rice in Carolina. After his death there lived in South Carolina a wise young woman. She showed the people how to raise another plant. Her name was Eliza Lucas. The father of Miss Lucas did not live in Carolina. He was governor of one of the islands of the West Indies. Miss Lucas was fond of trying new things. She often got seeds from her father. These she planted in South Carolina.

But Miss Lucas was one of the people who try, try again. She had lost her indigo plants twice. Once more she sowed some of the seed. This time the plants grew very well.  Miss Lucas wrote to her father about it. He sent her a man who knew how to get the indigo out of the plant.  The man tried not to show Miss Lucas how to make the indigo. He did not wish the people in South Carolina to learn how to make it. He was afraid his own people would not get so much for their indigo. So he would not explain just how it ought to be done. He spoiled the indigo on purpose. But Miss Lucas watched him closely. She found out how the indigo ought to be made. Some of her father’s land in South Carolina was now planted with the indigo plants.

Then Miss Lucas was married. She became Mrs. Pinckney. Her father gave her all the indigo growing on his land in South Carolina. It was all saved for seed. Some of the seed Mrs. Pinckney gave to her friends. Some of it her husband sowed. It all grew, and was made into that blue dye that we call indigo. When it is used in washing clothes, it is called bluing.

In a few years, more than a million pounds of indigo were made in South Carolina every year. Many people got rich by it.

And it was all because Miss Lucas did not give up.

A Wise Man Plants A Crop 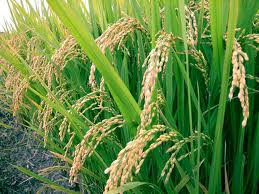 THE first European settlers that came to this country hardly knew how to get their living here. They did not know what would grow best in this country. Many learned to hunt. All the land was covered with trees. In the woods were many animals whose flesh was good to eat. There were deer, and bears, and great shaggy buffaloes. There were rabbits and squirrels. And there were many kinds of birds. The hunters shot wild ducks, wild turkeys, wild geese, and pigeons. The people also caught many fishes out of the rivers.

Then there were animals with fur on their backs. The people killed these and sold their skins. In this way many made their living. Other people spent their time in cutting down the trees. They sawed the trees into timbers and boards. Some of it they split into staves to make barrels. They sent the staves and other sorts of timber to other countries to be sold. In South Carolina men made tar and pitch out of the pine trees.

But there was a wise man in South Carolina. He was one of those men that find out better ways of doing. His name was Thomas Smith. Thomas Smith had once lived in a large island thousands of miles away from South Carolina. In that island he had seen the people raising rice. He saw that it was planted in wet ground. He said that he would like to try it in South Carolina.. But he could not get any seed rice to plant. The rice that people eat is not fit to sow.

One day a ship came to Charleston, where Thomas Smith lived. It had been driven there by storms. The ship came from the large island where Smith had seen rice grow. The cap­tain of this ship was an old friend of Smith.  The two old friends met once more. Thomas Smith told the captain that he wanted some rice for seed. The captain called the cook of his ship, and asked him if he had any. The cook had one little bag of seed rice. The cap­tain gave this to his friend.

There was some wet ground at the back of Smith’s garden. In this wet ground he sowed some of the rice. It grew finely. He gathered a good deal of rice in his garden that year. He gave part of this to his friends. They all sowed it. The next year there was a great deal of rice .After a while the wet land in South Carolina was turned to rice fields. Every year many thousands of barrels of rice were sent away to be sold.

All this came from one little bag of rice and one wise man.