Mount Vesuvius: Does the Past Foretell the Future? 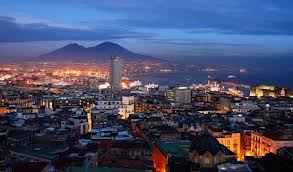 On August 24, A.D. 79, the area surrounding Mount Vesuvius was a thriving mix of bustling town, elite retreat, and productive estates. Less than twenty-four hours later, thousands had died and the area was buried between three and twenty-five yards of fiery volcanic debris. Until 1748, the existence of the towns was totally erased from memory

­Does the past foretell the future? Experts hope not. Almost four thousand years ago, a larger eruption (called the Avelino eruption) killed thousands and made the area a desert for centuries. Dozen of eruptions have occurred since but another four thousand victims were killed in the particularly lethal 1631 eruption.

Today, Mount Vesuvius is a ticking time bomb with another eruption imminent. The volcano looms above Naples and the surrounding areas with its 600,000 residents in the  nine mile “red zone.” The Italian government monitors the activity twenty-four/seven. Emergency evacuation plans would take 72 hours to empty the red-zoned area.

Next week, The North Georgia Mountains & The Caretaker’s Lady

Mount Vesuvius, the volcano that destroyed Pompeii and Herculaneum in 79 AD,  is located close to Naples, Italy. It has a large cone created by the eruption in 79 AD that is surrounded by a steep caldera which is a cauldron-like cavity created by the collapse of an earlier, higher structure – Monte Somma about 18,000 years ago.

Vesuvius was formed as a result of the collision of the African and Eurasian tectonic plates. A chain a volcanos, most of which are underwater and extinct was formed when the African slid underneath the Eurasian plate. The mountain is composed of lava, volcanic ash, and pumice. Prior to 79 AD Vesuvius was a pastoral haven that was planted with vineyards that produced a popular wine shipped around the Roman world.

The slopes of the mountain are scarred by lava flows but are heavily vegetated, with scrub and forest at higher altitudes and vineyards lower down. Vesuvius is as an active volcano which last erupted in 1944 during World War II. , although its current activity produces little more than steam from vents at the bottom of the crater.