Bituitus of the Averni Fighting from his Chariot

The Celts were first documented into written history when the Greeks referred to them as the “keltoi” whom they regarded as barbarians. The Celts originated east of the Rhine but moved south into Italy and parts of Greece, west into France and Spain, and in 300 BC into Britain.  The war-like Celts with their iron weapons even sacked Rome in 390 BC—a defeat the Romans never forgot their defeat by the Celts whom the Romans called Gauls.  The Romans exacted their revenge over the next two centuries when they conquered those areas held by Celtic Gauls, enslaving many of those who showed resistance. 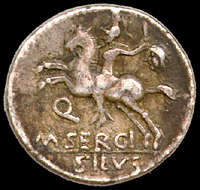 The Celts gloried in story-telling, drinking and fighting.  Single combat with the severed heads of the defeated hanging outside the home of the victor was considered honorable.  Little is known about the Celts because their educated class, the druids, were forbidden to write. The Romans may have destroyed whatever Celtic records did exist and certainly attempted break the power of the druids.  Since records written by the Celts themselves do not survive, much of what we know about the Celts was written by their enemies, the Romans in particular.

The Celts settled in Britain before 500 BC where they settled among the indigenous people who were the builders of the henges.  The numerous tribes, ruled by local chieftains and petty kings became known as the Britons. They settled in small villages or farmsteads with smiths and craftsmen and a few larger towns. They built defended themselves in hill forts. 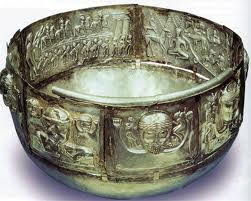 The Celtic Britons were not conquered by the Romans until the 1st and 2nd century BC.  The Britons traded metals, wool, hides, hunting dogs, wild animals, cattle and slaves to the Roman Empire for luxury goods. The Irish Gaels and the northern Scots and Picts (despite Agricola’s assaults) were never conquered by Rome.

Celtic polytheism formed the basis for Celtic mythology. The early Celts maintained a polytheistic mythology and religious structure. Many of the gods of the Celtic pantheon were local deities worshipped by particular tribes. The mythology of Celts in close contact with Rome not survive the Roman empire, their subsequent conversion to Christianity,  and the loss of their Celtic languages.  It is mostly through contemporary Roman and Christian sources that their mythology has been preserved. When Christianity was introduced into Ireland, the Christian monks recorded the Gaelic myths and folklore.