Good manners are one of the ingredients for success—whether in interpersonal relations in private life or in the workplace or as citizens.  The Founding Fathers recognized the importance of good manners in the big picture—that of maintaining the exceptionality of the United States.

Samuel Adams in a letter to James Warren on February 12, 1779 wrote:

“A general dissolution of principles and manners will more surely overthrow the liberties of America than the whole force of the common enemy. While the people are virtuous they cannot be subdued; but when once they lose their virtue then will be ready to surrender their liberties to the first external or internal invader.”

American Congregational minister Henry Ward Beecher said “Clothes and manners do not make the man; but, when he is made, they greatly improve his appearance.” 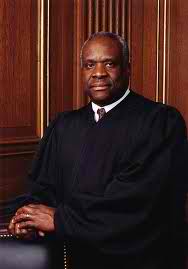 Others recognize the importance of manners also.

“You can get through life with bad manners, but it’s easier with good manners.”  -Actress Lillian Gish

This month, Rita Bay’s Blog will check out manners, past and present.