Dissolution of the Monasteries 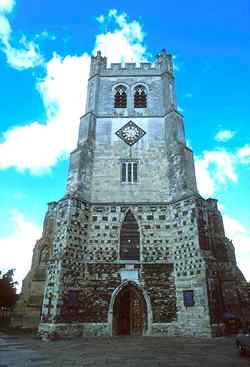 The Dissolution of the Monasteries in England, Wales, and Ireland was the set of administrative and legal processes between 1536 and 1541 by which Henry VIII disbanded the religious institutions including monasteries, priories, convents and friaries. The Act of Supremacy, passed by Parliament in 1534 made King Henry Supreme Head of the Church in England and separated England from Papal authority. The First Suppression Act (1536) and the Second Suppression Act (1539) granted him the authority to appropriate their income and seize their assets.

Henry dissolved 625 monastic communities, most of which were more than 300 years old. The communities had been endowed by wealthy patrons with temporal incomes from donated estates to them and spiritual income from church tithes associated with the parish churches. In Henry’s time, the religious houses received about half of all religious income and owned a quarter of the nation’s land. After these communities were dissolved, Henry could seize their wealth and dispose of its land which gave him a huge source of income for his wars and his projects and a source of grants for his friends. Waltham Abbey in Essex  (pictured) was dissolved and demolished in 1540, the last working abbey or monastery to be dissolved as it was King Henry VIII’s  favorite place for resting and finding peace. Tomorrow, The Architect of the Dissolution. Rita Bay

Tagged as Dissolution of the Monasteries, Henry VIII